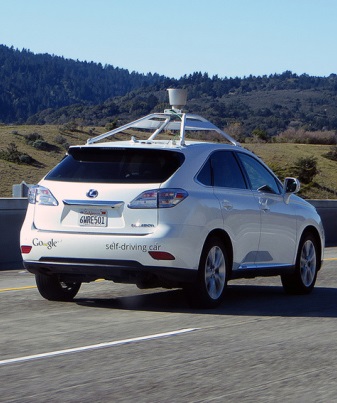 Google has released data reportedly showing its driverless cars are safer than those with human operators.

We may all be relegated to the back seat in a few years, if the claims by Google are true.

They say over the several years their cars have been criss-crossing US roads they are yet to cause a single accident. In addition, their acceleration and braking is more responsive and smoother than that of a human, and the autonomous vehicles are better at keeping a safe distance from the car ahead.

The engineer behind Google’s autonomous car project spoke last week at a robotics conference in California, and revealed data from the 482,700 kilometres their cars have covered.

The self-driving car has been tested with a person behind the wheel in case of an emergency, and has been involved in two crashes. In both incidents the Google car was rear-ended after it had stopped; data showed it was the fault of the other driver.

The liability of artificial intelligence on the road is of course a hurdle, but reports say California, Nevada, and Florida have already adjusted their laws to allow tests of self-driving cars.