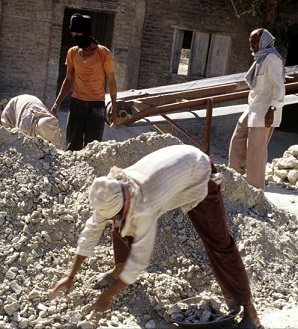 Governments in Asia continue to use asbestos as a building material, putting generations of lives at risk with virtually no regulation.

Recent reports say Asia accounts for 70 per cent of global asbestos consumption, with 90 per cent of that used for construction.

Despite bans in Australia, Japan and South Korea, the well known cancer-causing agent is commonly used as a building material due to its extremely low cost.

Some countries – including India - would have to purposely ignore the long string of links between asbestos and cancer to allow such rampant use, Mr Furuya says.

“There's almost no regulation against asbestos in such countries and asbestos victims are still invisible in many developing countries.”

“[The Indian government] takes no action to prevent people from asbestos exposure.”

Only education can help reduce the inevitably high incidence of mesothelioma and other asbestos-related disease.

“Australia has much experience and expertise to deal with asbestos... Australia can contribute... to avoid an asbestos epidemic in the future,” Mr Furuya said.

“Safer alternatives are available everywhere, so it is not [necessary] to use asbestos anymore,”

“All people have a right to work and live in safe and healthy way.”