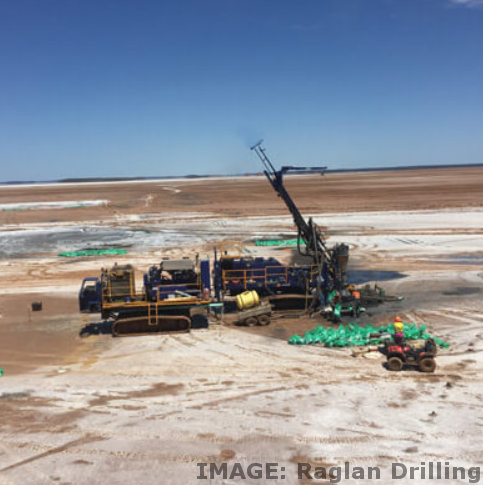 WA’s State Solicitor's Office has dropped charges against a drilling company due to a lack of witnesses.

Kalgoorlie-based Raglan Drilling was accused of failing to provide a safe working environment, after one of its workers was run over by heavy machinery in August 2016.

Official investigations alleged the worker had tried to climb onto a track-mounted vehicle that was moving across a salt lake near the gold mining town of Norseman, about 600 kilometres east of Perth.

Reports say the man slipped and was crushed into the salt lake, causing injuries to his head and hand.

A department incident report from October 2016 allegedly stated the drill offsider was running the tracked drill rig on his own, returning to the shore of the salt lake to refuel.

It was alleged that both of the vehicle's control levers were strapped down so that the vehicle continued driving forward without the offsider having to continuously hold the controls.

At one point, the offsider walked from his vehicle to talk to two other co-workers passing by in their own tracked drilling rig.

After the conversation, the offsider returned to his vehicle, which had continued pacing forward on its own.

Reports say he slipped and fell while trying to climb back into the cab - which had had its ladder removed for maintenance.

The vehicle ran over the man lying on the salt flat, with one of its tracks passing the length of his body.

One of the workers from the other vehicle stopped the unmanned vehicle after it drew clear of the offsider.

“Fortunately, the ground was very soft and the offsider was pushed down into the ground by the vehicle's track,” the incident report stated, according to the ABC.

“He had injuries to his head and face, and a fractured hand.”

The Department of Mines blamed the offsider for bypassing the safety functions of the control levers and leaving the vehicle while it was still moving.

Raglan Drilling had pleaded not guilty and was due to fight the charges, but the State Solicitor's Office told the Kalgoorlie Magistrate's Court that it wanted to discontinue the case due to the “unavailability of key witnesses”.

Department of Mines director of mine safety Andrew Chaplyn said the injured worker had left Australia and was out of contact. There were only two other direct witnesses, one of which is now deceased.

“The department's decision to investigate this case, and then prosecute the company for a breach of the Mines Safety and Inspection Act was based to some extent on the potential severity of the incident,” Mr Chaplyn said.

“The decision does not set a precedent.

“This is an unusual outcome based on a tragic circumstance.”