WHO team gets to Wuhan 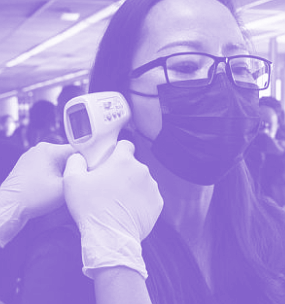 Hundreds of passengers on a second evacuation flight from the coronavirus epicentre in China have landed in Darwin.

They had left the coronavirus epicentre Wuhan early on Sunday morning and have now been bussed to the disused Manigurr-Ma work camp 30km from Darwin.

Chief Medical Officer Brendan Murphy said a quarantine in Darwin would be ready for anyone that becomes unwell.

The New South Wales Department of Health says thousands of arrivals from mainland China were assessed at Sydney International Airport over the weekend for the deadly coronavirus.

Of those assessed on Saturday, five were sent for further testing.

As of Monday morning, Australia had 15 confirmed cases of novel coronavirus.

Across the world, there have been about 37,562 confirmed cases of novel coronavirus and 813 reported deaths. The fatality rate is currently 2.16 per cent.

After several weeks of negotiations, a team of international experts led by the World Health Organization has left for Beijing to investigate the epidemic.

WHO director-general, Tedros Adhanom Ghebreyesus, says it took almost two weeks to get the government's green light on the composition of the expert group.

Mr Ghebreyesus said he hoped the team would include experts from the US Centres for Disease Control (CDC).

Lawrence Gostin, a professor of global health law, has called for a “genuine partnership with transparent flows of information and accountability for the response”, saying the CDC must have a presence.

“CDC has got no peer in terms of its experience and technical expertise in dealing with international outbreaks,” he said.

“But the other benefit is the smart diplomacy, what it could signal is that despite all of our differences in ideology, trade, politics, that when faced with a common threat to humanity, we come together as a human community to tackle it,” Professor Gostin said.

The University of Queensland