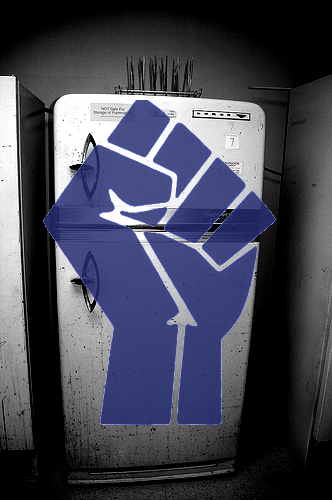 The Maritime Union of Australia (MUA) is shining light on the “disgraceful and deplorable” accommodation given to some WA FIFO workers.

MUA WA North West organiser Joel O'Brien claims one worker has been hospitalised with a staph infection after scratching his leg on furniture in his room at the Lodge Motel in South Hedland.

He alleges rooms have not been adequately cleaned, and there is a “massive” rodent and pest infestation in the building.

“I've actually got pictures of mice having eaten into noodles, chocolate bars, and chip packets when the guys are sleeping,” he said.

“[The motel] reuses meals constantly for the meals the next day, the hot food's cold, and the cold food's hot. There's been bouts of food poisoning.

“It's bloody disgraceful and shouldn't happen in this day and age.”

The Lodge Motel often houses FIFO workers, with resource companies booking up to 30 rooms at a time.

The companies that have placed workers at the motel have not been named yet, as the union is in negotiations with some of them.

The Lodge Motel says any serious hazards or mess must have been caused by people staying in the rooms, and that no official complaints have been made by the union nor workers.

The union says it is considering referring the matter to WorkSafe.