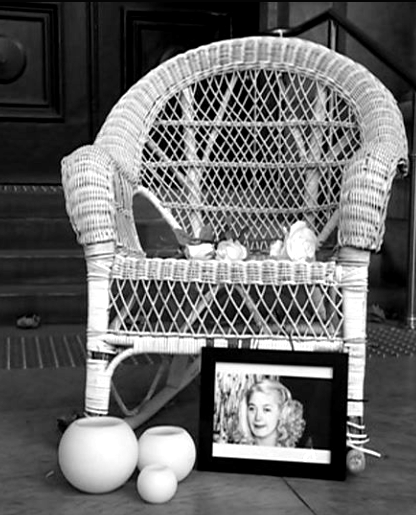 A federal investigation has called for sweeping changes to the oversight of vulnerable National Disability Insurance Scheme (NDIS) recipients.

The report from a federal investigation into the death of Adelaide woman Ann Marie Smith has been released. Ms Smith died ins April from septic shock, multi-organ failure, severe pressure sores, malnutrition and issues connected with her cerebral palsy. She had been stuck in a cane chair 24 hours a day for months on end in her Kensington Park home.

Her death prompted inquiries by a state taskforce and the NDIS Quality and Safeguards Commission, which was run by former judge Alan Robertson.

Mr Robertson found Ms Smith had died “after a substantial period of neglect, having been living in squalid and appalling circumstances”.

Mr Robertson looked at whether the NDIS took steps were to “ban Ms Smith's sole carer, [Rosa] Maione, from working in the disability sector at all” fast enough.

Among his 10 recommendations is a call for vulnerable NDIS participant to have multiple carers, and for community visitor scheme to be set up to monitor such people.

The regulation of the NDIS care delivery model is divided into two, with the NDIS Commission responsible for regulating care providers, while the National Disability Insurance Agency (NDIA) develops care plans for individuals.

Mr Robertson said care plans are approached in a “transactional”, and the preparation and approval of Ms Smith's care plan involved “no face-to-face contact and no observation of the setting” in which she lived.

“Such contact may have allowed for greater focus on or awareness of Ms Smith's vulnerability and risk factors in the preparation and approval of her plans,” he said.

“Neither of the [NDIA] delegates who approved Ms Smith's statement of participant supports under … the Act in her first plan or her second plan had a face-to-face, or any, meeting with her.”

The report found no “significant failings” by the NDIS in response to the death, but urged improvement in measures to identify people with disabilities “who are vulnerable to harm or neglect”.

“No vulnerable NDIS participant should have a sole carer providing services in the participant's own home,” the report states.

“For each vulnerable NDIS participant, there should be a specific person with overall responsibility for that participant's safety and wellbeing.”

The NDIS commission relies on disability care organisations to inform it about participants, but the review found there are “a number of structural impediments to the commission acting earlier”, including an “inability to access participant data in real-time” and reliance on the care providers it is meant to regulate.

Mr Robertson said the commission should have more access to information about participants.

Ms Smith's carer “was not screened by the South Australia screening mechanism”, which is independent of the NDIS, until after her death, he found.

However, “that mechanism would not in fact have prevented that carer from providing care to Ms Smith”.

SA Police Commissioner Grant Stevens has given an update on Ms Smith's carer Rosa Maione, who was arrested and charged with manslaughter in August, after Ms Smith's death was declared a major crime.

Ms Maione is now on home detention bail, with the case is due to resume in February 2021.

The organisation has been banned from providing disability care altogether over a number of breaches of the NDIS Act.

The police investigation into Ms Smith’s death is ongoing.