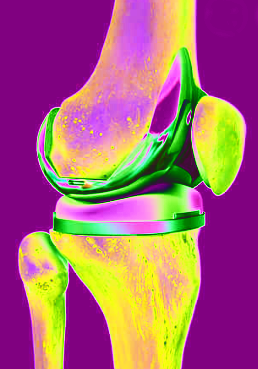 Australian researchers are working on a new antimicrobial coating to improve implants.

Infections after hip replacements and from orthopaedic device procedures can lead to painful and repeat surgeries, alongside the chance of infection with ‘superbugs’ leading to fatality.

But now, Australian researchers from Flinders University, Swinburne University of Technology and RMIT have come up with a way to give medical device surfaces new antimicrobial resistant powers to safeguard against infection as well as improve and extend the implant’s possible life.

“Even with sterilisation measures, opportunistic bacteria including the rise of some resistant to antibacterial drugs can form on biofilm build-up on contact surfaces of surgical and other devices,” says lead medical biotech researcher Dr Vi-Khanh (‘Khanh’) Truong from the Biomedical Nanoengineering Laboratory (BNL) at Flinders University.

“Even worse, with orthopaedic devices an infection could be almost impossible to treat, particularly if it involves complications with antibiotic resistance,” he says.

The new technique adds to the viability of regular hydroxyapatite-coated metallic implants, which have been known to fail and cause infection and even death in up to 2 per cent of patients, says co-author Dr Andrew Ang, from Swinburne University of Technology, Melbourne.

“Up to half of these infections can lead to further surgery and removal of the device – and this new coating also shows promise in integrating to the patient’s bone.”

The global orthopaedic device market is forecast to rise from more than US$45 billion to $US64 billion by 2026, as the world’s population continues to age.

With further testing, researchers say the technique, which uses plasma spray fabrication, could scale up for commercial applications in the future.

Regulatory approvals could be simplified with both hydroxyapatite and gallium derivatives already FDA-approved compounds.

Demand for such applications – including for new-era dental or other implants which attach to bone – should be strong, given no orthopaedic implants have antimicrobial surface modifications at present, Dr Truong says.

“This novel coating is made using an environmentally friendly technology, with no harmful organic solvents used in the process,” he adds.