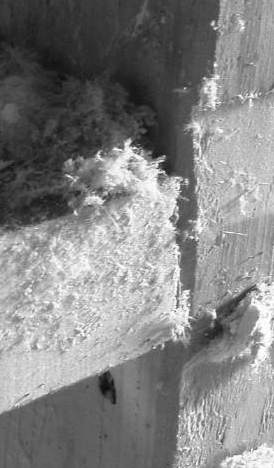 An appeal in a South Australian asbestos case has been defeated.

Adelaide man Mathew Werfel is suffering terminal cancer from breathing in asbestos dust that he was exposed to while working at homes between the late 1990s and early 2000s.

He was unaware that some of the materials contained asbestos, and was diagnosed with a rare form of mesothelioma in 2017. His doctors say he has about two years to live.

Mr Werfel is considered to be among the “third wave” of asbestos victims — those who are exposed while doing renovations on older buildings.  The first wave of victims are the original asbestos miners and millers, while the second wave comprises tradespeople and other technicians.

Amaca appealed this order, denying it had a relevant duty of care to Mr Werfel, and criticising the judge after for copying 71 of 91 pages of Mr Werfel's written submissions verbatim in giving the reasons for her judgement.

The Full Court of the Supreme Court of South Australia has now upheld the tribunal's decision in favour of Mr Werfel.

Chief Justice Chris Kourakis, Justice Kevin Nicholson and Justice Mark Livesey found that James Hardie did indeed owe a duty of care to people that used its products. The judges said that the building company knew by at least 1980 of some risks of asbestos, and by 1990 had a duty of care to those who worked with its products.

The Full Court reduced Mr Werfel’s compensation to $2.23 million, after it found that some of the calculations were “affected by error” or “manifestly excessive”.

Mr Werfel says he hopes the case will shine a light on the ongoing issue of asbestos illness.

“This case was never about me,” he told the ABC.

“From day one we were fighting on behalf of everyone across Australia who continues to be unknowingly exposed to James Hardie's deadly asbestos products in their homes, workplaces and schools.

“The Full Court unanimously shared our view that James Hardie owed the community a duty of care to run an extensive public health campaign warning of the ongoing risks posed by their asbestos products.

“My hope is that the lasting legacy of my legal battle will be James Hardie finally taking responsibility for their past actions and devoting the millions of dollars needed to get the message out to every Australian about the asbestos risks that continue to lurk in the community.

“If I can prevent even one other person from contracting a deadly asbestos disease, this legal fight will have been worth all the energy we put in.”