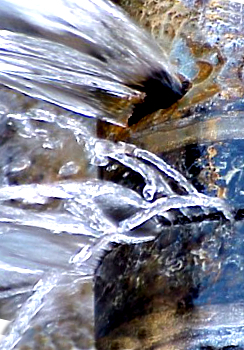 Some intriguing documents suggest TasWater has been avoiding scientific findings about lead contamination.

The unwelcome independent findings were made during investigations of water supplies in north-east Tasmania.

Emails recently obtained by the ABC under Right to Information appear to show TasWater planning to challenge the research.

Unsafe lead levels were discovered in water supplies for the small regional town of Pioneer in 2012.

They reported lead levels in Pioneer about 22 times above the safe drinking standard, and at the time described it as the worst in Australia.

Professor Taylor slammed the conditions in Pioneer, which he said included elderly people collecting water from a tank.

The expert compared the situation in rural Tasmania to an impoverished country.

Professor Taylor and Mr Harvey went over their findings at a community meeting in mid-2015.

The Department of Health and TasWater were both invited to attend, but TasWater declined.

One of the messages now obtained by the media appears to show why.

The TasWater briefing note written before the meeting was sent to senior scientific and communications staff. It discusses community anger and mounting criticism of TasWater's slow progress to find a solution.

“Some residents … continue to complain about the ‘dirty’ water in Pioneer and want to know what TasWater will be doing to fix the problem.”

It says TasWater “will not request a copy of the study” and “will not be attending the meeting”, which it did not.

TasWater then began working on ways to challenge the credibility of the Macquarie University scientists.

“I've read this report... It is very wonky science and at this stage I think has truck-sized holes in it,” Lance Stapleton, Taswater’s manager of product quality, allegedly said

“I... want to engage external reviewers from another university to debunk their assertions.

“I don't think we can take this lying down … we need to defend ourselves or at the very least cast a cloud over their research and their ethics.”

The follow-up claimed that while the initial conclusions were plausible, not enough samples had been taken.

Professor Taylor was not amused.

“They deliberately and purposefully constructed a scheme to attack the science rather than dealing with the issue,” he said.

“When people attack you like that I take it as a badge of honour because I know when they're doing that their feathers are ruffled.”

Reports say 12 of those households have refused the tank plan and continue to use water deemed unsafe to drink.

The documents obtained by media outlets appear to show TasWater trying to persuade Professor Taylor to back the tanks.

“Finding that middle ground that we are all prepared to ‘sing off the same sheet’ is going to do wonders for our credibility and will shut down the media's main weapon,” Mr Stapleton wrote

“It also gives Mark Taylor a dignified way out of what could be a blow to his credibility.”

Professor Taylor did not come out in support of the tank strategy, but says his credibility has remained entirely intact.