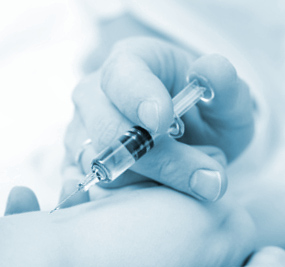 Australia’s unique 'No Jab No Pay' and 'No Jab No Play' policies could have unintended consequences that need to be assessed, experts say.

Australian national childhood immunisation rates have remained at or over 90 per cent for more than 15 years, and currently sit at 93 per cent.

But parents actively refusing vaccines are less numerous among the last 7 per cent than families having difficulty accessing healthcare services.

Experts say it is important to realise even 100 per cent child immunisation will not prevent all cases.

“Evaluation should focus on identifying differential impacts on vaccine uptake, as well as any unintended adverse consequences for children (such as children of vaccine-refusing parents and parents affected by access or logistic issues),” according to a report published this week.

“The Victorian No Jab, No Play legislation, for example, requires full immunisation for attendance at childcare centres, unless the child has an approved medical exemption or is on a recognised catch-up schedule.

The authors say aiming for a 100 per cent immunisation rate does not take into account the differences between vaccines.

For whooping cough (pertussis); “Although highly effective against severe disease, acellular pertussis vaccines give lower (71-78 per cent) protection against mild disease so even if 100 per cent of children were fully vaccinated against pertussis some children would still contract mild disease if exposed, and this would not generate strong herd immunity comparable to high coverage of measles vaccine.”

The only effective way to protect babies too young to be immunised (less than 2 months) is to immunise the mother with pertussis vaccine during pregnancy, which is funded in all States and Territories.

The authors argue that Australia’s vaccination rates are “relatively high and at least comparable with similar developed countries” and “vaccine objection in 2013 was about 3 per cent - the same as in 2001”.

“Vaccine refusal is only one of a range of factors relevant to further improvements in vaccine coverage and disease control,” they go on to say.

“The greatest yield is likely to come from first implementing measures already shown to be effective in improving accessibility and minimising logistic barriers to vaccination, and second, from well structured research and evaluation of new interventions [such as No Jab, No Pay, and No Jab, No Play] to overcome vaccine refusal and hesitancy.”

The paper is accessible here.