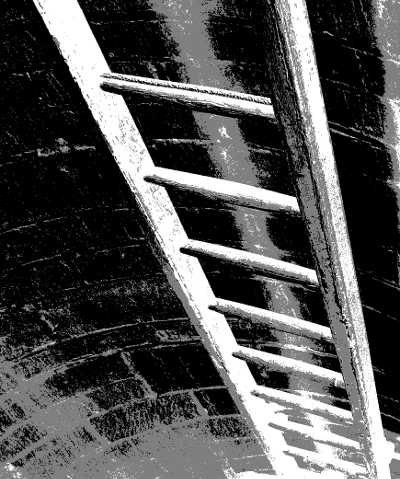 Falls from ladders have increased.

A review of ladder-related falls over the last decade has shown a 47 percent increase in the number of people being admitted to hospital, with 5,000 Australians now landing in emergency rooms after falling from ladders each year.

The study from Queensland’s Centre for Accident Research and Road Safety found men aged over 60 were the most at-risk group.

“Men aged over 60 represented 43 per cent of the hospitalisations overall and this age group had the greatest increase in the number of admissions across the decade being examined,” researcher Dr Kirsten Vallmuur said.

She said that falls could easily become more than a one-day incident.

“Older men just don’t bounce back as well as younger men. They often have other existing health problems, including fragility, eye-sight and balance issues which potentially escalates their risk.

“Given the more substantial injuries reported for those aged over 60 and the growth in D-IY, there was a need to update our estimates of the extent and patterns of ladder-related injuries.”

The data also indicated an annual increase in falls among women aged over 60 at a similar rate to that of men.

“This represented an age standardised rate increase of six per cent annually in the over 60s.

“In comparison, for the under 60 year olds there was an increase in case numbers of about 30 per cent for both males and females in the same time period, and an age standardised rate increase of two per cent annually.”

Two-thirds of the hospitalised injuries were fractures, mainly of the upper and lower extremities, torso and spine along with head injuries, with cases involving those aged over 60 generally more serious.

The researchers say they would like to look further into issues that a rise in ladder falls could suggest, such as over-reaching, inappropriate footwear and unsteady or unstable surfaces contributed to the risk of falls.

Product Safety Australia has a page dedicated to ladder safety.