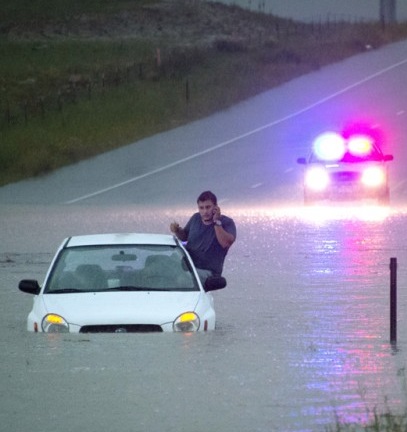 As fires rage across New South Wales, a Red Cross report reiterates the importance of the technological response to disasters.

The latest World Disaster Report from the global aid group says access to technology is as critical as access to food and water.

The Red Cross says a world-wide drop in the number of fatalities from disasters has been prompted in part by advances in the availability of high-tech tools.

The Red Cross World Disasters Report singled out Queensland emergency services in particular for their advanced early-warning services, which have greatly improved the response to recent flooding and cyclones.

The Queensland Police Service (QPS) was lauded for its efforts in calling-out misinformation and killing rumours on social media, particularly Twitter.

Some say the confusion and panic created by false information in a disaster can be just as deadly as the weather event itself.

Globally, the report says the number of deaths in 2012 was 90 per cent lower than the average over the past decade.

“Access to technology and the information that comes with it can be absolutely as important as food and water to affected communities,” he said.

“What the report also shows, of course, is that it's the poor, the powerless, the dispossessed who feel the major impact of many of these disasters and often it's the same people who simply don't have access to technology.”

“I think we have to target services to those populations in the future.”