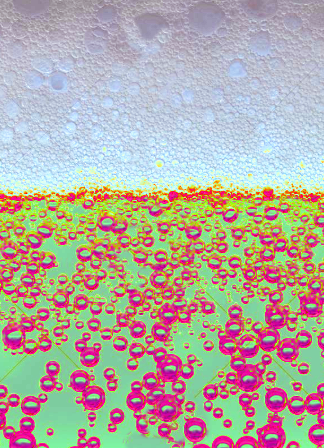 Water misting systems in beer gardens have been identified as potential health hazards.

A recent review found the popular water misting systems are a breeding ground for potentially lethal disease-causing bacteria, and there are no health regulations in place to protect the public.

They found opportunistic premise plumbing pathogens (OPPPs) in several of the systems.

OPPPs can be inhaled and pose major public health risks, including the spread of Legionnaires’ Disease and other potentially fatal conditions.

“We picked up a pathogen called Pseudomonas aeruginosa in 60 per cent of our water mist samples.

If you inhale it, it can cause major issues for people suffering from cystic fibrosis and can cause other serious respiratory illnesses.

“Also, we use chlorine to kill everything in water, but this research also detected a type of pathogen called Acanthamoeba which is becoming resistant to chlorine.”

Several factors make water misting systems attractive for pathogens, including their intermittent use, which results in water laying stagnant for long periods of time.

Due to the pipework being located outside, the systems are exposed to warmer temperatures, which OPPPs prefer.

“They’re used in summer, then they’re turned off and water sits there in the pipes,” Dr Maska said.

“The correct thing would be to then scour them and flush them to sanitize them before they’re used again, but there are no guidelines in place.”

The easy installation and low cost of the systems means they are becoming increasingly popular, not just in entertainment venues.

“These types of systems are not only used for cooling: they’re used in supermarket produce areas, in waste recycling, dust control and mining,” Dr Maska said.

“If you are walking through that, you need to ask: ‘Is it safe?’”

The study found owners connecting systems to bore water were particularly at risk, as more OPPPs were found in bore water than scheme water.

Despite the health risks, the research revealed little to no preventative measures being put in place by water misting system owners or environmental health officers (EHOs).

Only 10 per cent of owners surveyed said they had received in-house training, while 30 per cent described themselves as “incompetent” at using the systems.

Half the owners admitted they cleaned their systems only occasionally or not at all, and 60 per cent did not know the aerosols presented a risk of inhaling pathogens.

This figure didn’t improve much for environmental health officers, with only 77 per cent of the 22 surveyed claiming to be aware of the risk posed by pathogens in water misting systems.

None of them reported an approval or licensing process in place, despite 23 per cent admitting to having received a public complaint.

“You can just go to Bunnings and then set it up in your house or restaurant or roadhouse and turn it on,” Dr Masaka said.

“There’s no regulation saying; ‘This must meet this standard, this needs to be inspected before you install them’.

“It’s usually not part of the EHO surveillance work, throughout the country.

“Our findings show these water misting systems must be included in any environmental health monitoring programme to protect public health.

“To achieve this goal, existing legislation needs to be reviewed to provide a legal framework that facilitates this outcome.”