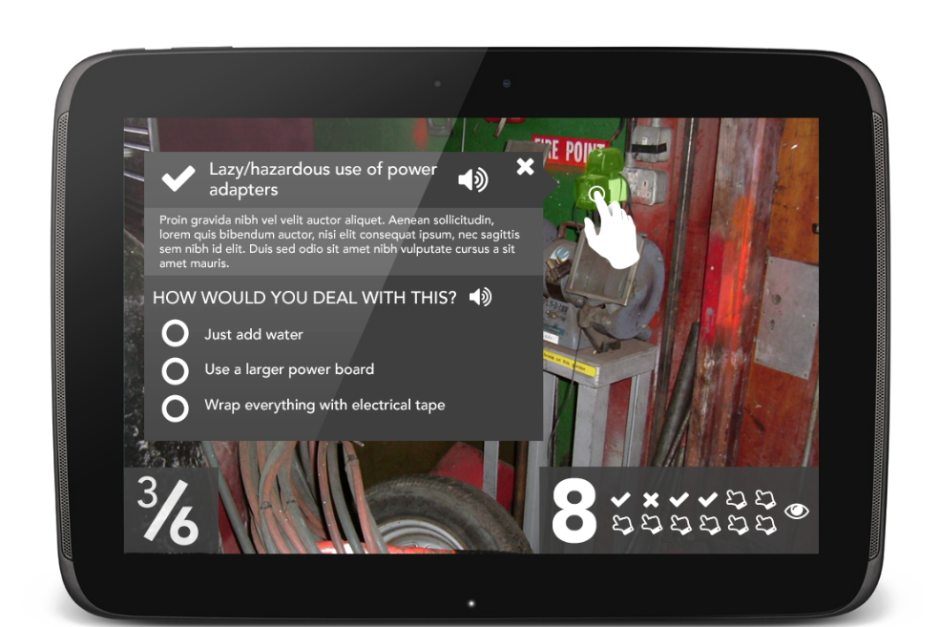 A new tablet-based app has entered its beta-phase, designed specifically for spotting safety issues and workplace hazards in mining environments.

The RiskSpotter app is intended to bring about a step-up in safety standards at mine sites, transporting employees into real-life situations and scenarios with the touch of a button.

Dr Susanne Bahn, chief investigator at the Centre for Innovative Practice at Edith Cowan University says the app will be tested with a few hundred workers at hard rock mine sites in WA, they are hoping the completed app will be available to the industry next year.

“We're running it in three underground sites. Three hundred underground miners will test it and then we'll track the health and safety statistics,” Dr Bahn said, “as well as that we'll test the scores of the people who are playing the game to see if they're improving.”

“It's trying to use a bit of the game technology - you touch the screen where you think there might be a [workplace] problem and make some decisions and then you're scored along the way.”

One proposal suggests the app could be installed on tablets in the backs of plane seats en route to mines, so workers could get a safety touch-up on their way to work.