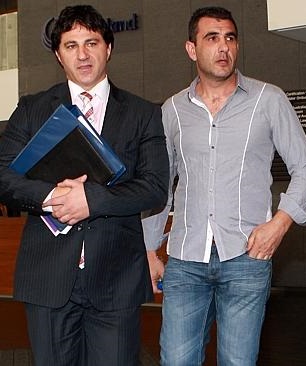 Corruption claims have rocked the heavy vehicle industry, calling into question the safety standards of hundreds of trucks and transporters.

A statement from the NSW Independent Commission Against Corruption (ICAC) said: “between 2012 and 2013, Mr Binos solicited benefits from applicants for heavy vehicle licences, and conducted inappropriate or fraudulent heavy vehicle assessments... It is also alleged that, since at least 2012, Mr Binos has been signing log books certifying applicants as competent to drive a heavy vehicle without the applicants completing the necessary assessments, in exchange for cash payments.”

Mr Binos, worked as an assessor for heavy vehicle licenses in NSW between 2004 and 2013, allegedly receiving payments of $1500 and more for falsely filling out logbooks.

“If these matters are found to be true, Mr Binos has engaged in not only a substantial economic fraud, but he has endangered the lives of many members of the public who have unwittingly shared the road with 91 people who have been in charge of heavy vehicles they were not qualified to drive,” counsel assisting the inquiry David McLure said.

The scandal comes as nation-wide heavy vehicle licensing and safety reforms are put in place. The changed laws create a national set of standards for all vehicles over 4.5 tonnes, eliminating the need for operators to navigate different rules and comply with jurisdictional requirements, which can be inconsistent.

The national laws have been signed by Queensland, New South Wales, Victoria, South Australia and Tasmania. It is hoped they will be truly national soon, if the Northern Territory, ACT and Western Australia get on board.

The case against Mr Binos will continue.