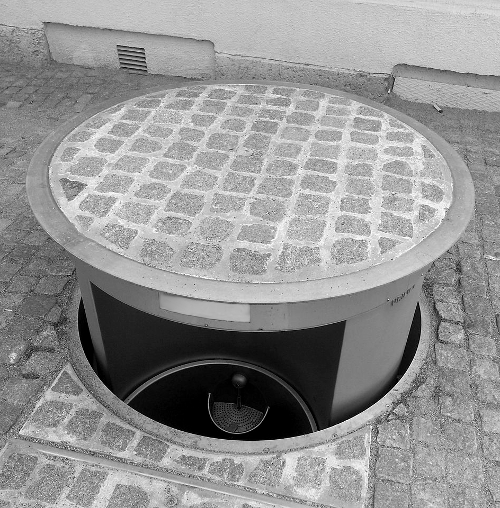 The Gold Coast council could spend $390,000 on a high-tech way to cut public urination.

Pop-up toilets have been recommended for the busy tourist hub of Surfers Paradise, which is plagued by poorly-placed calls of Nature nearly every night.

The techno-toilets can be programmed to pop up out of the ground during peak periods at night, but remain hidden and invisible during the day.

They also include a self-cleaning function.

Council committee chair Dawn Crichlow says something must be done.

“Those poor traders around the Orchid Avenue area - people coming out of nightclubs, urinating in their doorways,” she told reporters this week.

“The smell is atrocious... we had to find a solution to it.”

It is not the first time the Council has tried to deal with wayward wee.

The local government put in temporary public urinals in previous years, which were widely condemned.

It also seen its plans to build a $1 million permanent toilet block at the end of the street dashed by angry local business owners.

Cr Crichlow said the proposed site for the pop-up pee palace is right next to a police station, and should be able to cater for up to 150 users per hour.

But the idea has not washed with local businesses.

He said the nearby police station already stopped sidewalk-sprayers from befouling the area.

“We don't have a urination problem out the front of our venue,” he said.

“The problem is down the end of the street exactly where they need to put the bathrooms. You can't put it right in the centre of town.

“I can guarantee you that not one person has been out in town even past midnight to have a look at what the problem is.

“They haven't contacted any of the nightclubs to see what their opinion is. They have just gone and come up with another moronic solution,” he said.

Council safety and police worked together to decide on the location of the loo.

The proposal is passing through committee processes, and will be presented for a vote at a full council meeting soon.

The proponents say if the idea is successful, pop-up toilets could be installed by the end of the year.