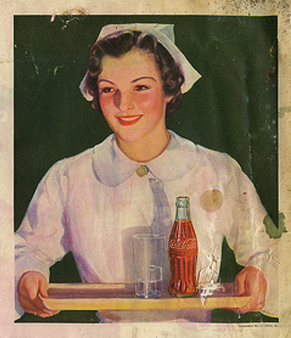 Researchers need funding, but what if they take money from a major contributor to the problem they are researching?

Food giants like Coca-Cola invest in health research across the globe, but they have been criticised for the potential biases in the projects they back.

Some argue that it would be absurd for health policy researchers not to collaborate with the food industry, especially when food industry and health goals clearly align.

Leading experts debate whether the food industry should fund health research, and if so, under what circumstances, in the latest edition of The BMJ.

Food manufacturers are investing billions of dollars to improve the nutritional quality of their products well in excess of public research investment, argue Paul Aveyard, professor of behavioural medicine at the University of Oxford, and Derek Yach, executive director at the Vitality Institute in New York.

And if strong safeguards are in place to prevent bias, the integrity of collaboration research should not be doubted, the experts say.

They recommend that researchers should be responsible for the design and conduct of the study, and have no commercial interest in the product.

Independent statisticians should carry out the analyses, and all results should be published regardless of outcome.

They also say that payments of funding should be made to the organisation, not directly to the researchers, and reflect only the cost of the research.

But Anna B Gilmore and Simon Capewell, both professors of public health at the University of Bath and University of Liverpool respectively, say that food industry funding biases research, and “seriously constrains” the fight against the obesity epidemic.

While the food industry is diverse, the experts highlight the clear conflict between ultra-processed food and sugary soft drinks companies, and public health, and similar evidence is now emerging for these.

Industry funding distorts the research agenda by “enabling corporations with vested interests to determine what research is done, and crucially, what is not done,” they argue.

Also, results of industry-funded research have “uniquely favourable outcomes,” they explain, adding that “even well-meaning scientists are often subconsciously biased, even by small gifts.”

They argue that more radical funding models are needed to enable industry to fund research while protecting research from their influence, such as manufacturer taxes, license fees or legally mandated contributions.

However, "change will not occur until public health researchers refuse to take the ultra-processed food industry money,” they explain, which is a "surprisingly small proportion of total research funding, less than one-tenth in the UK or US.”

The full discussion is available here.