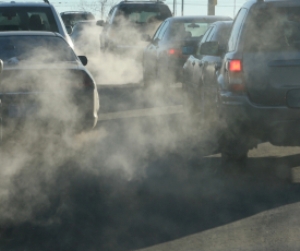 Experts have warned that Australians are being placed at risk by government inaction on dangerous pollutants.

The Australian Institute of Health and Welfare says air pollution causes 3,000 deaths in Australia each year, with a mortality cost of between $11 billion and $24 billion.

Safe levels for some dangerous toxins were last set in 1998, but the experts say they are now outdated.

Two years ago, a process to review air pollution standards for the toxins sulphur dioxide (SO2) and oxides of nitrogen (NOx) began.

Environmental Justice Australia says the process is stymied, with consultations not set to start until 2019.

“They help the states and territories decide what air pollution levels should be. They flow through to polluters and how much they can pollute … and they protect the health of communities.”

The two pollutants come in part from the burning of coal at power stations and vehicle emissions.

Inflammation of the respiratory tract, wheezing and lung damage are among the risks, and they have been associated with developmental problems in children.

EJA says current Australian SO2 standards are out of step with global regulations, and allow exposure at about 10 times the World Health Organisation’s recommended standards.

“The process for setting national standards is failing Australian communities. Australians are being exposed to unacceptable levels of pollutants causing death and disease while governments go through their bureaucratic nightmare processes,” EJA said in a statement.