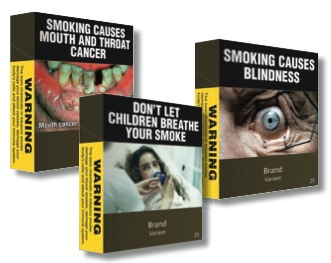 Australia has emerged victorious from a major trade dispute over tobacco packaging laws.

The ruling, which is almost certain to be appealed, also rejected the argument that Australia’s law unjustifiably infringes tobacco trademarks and violates intellectual property rights.

The win should encourage other countries to roll out similar laws, and open the possibility of similar packaging for alcohol and junk food.

The World Health Organisation (WHO) welcomed the ruling by the WTO, saying it should accelerate implementation of “plain packaging” laws worldwide.

“The ruling clears another legal hurdle thrown up in the tobacco industry's efforts to block tobacco control and is likely to accelerate implementation of plain packaging around the globe,” the WHO said in a statement.

“A number of other countries are examining the policy,” the WHO added.

Honduras, one of four complainants along with Indonesia, Cuba and Dominica, said the ruling contains a number of legal and factual errors that would be appealed.