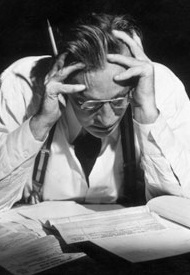 Russian agents have been accused of a ‘microwave attack’ on CIA agents in Australia.

Two agents from the United States' Central Intelligence Agency (CIA) have raised concerns that they were attacked with a sophisticated microwave weapon during a visit to Australia late last year.

The CIA figures said they heard ringing in their ears and nausea consistent with “Havana syndrome” – alleged brain injuries caused by the high-tech weaponry first suffered by American diplomats serving in Cuba.

“While in their hotel rooms in Australia, both of the Americans felt it: the strange sound, the pressure in their heads, the ringing in their ears,” GQ reports.

Reports say one of the CIA agents allegedly attacked in Australia is among the agency's five highest-ranking officials.

The Australian Government is refusing to comment on the reports and the CIA has not made any statements either.

Peter Jennings from the Australian Strategic Policy Institute says if the attacks did in fact occur, he would suspect Russia.

“I think what we are seeing here is something that is most likely from the Russians, who seem to frankly care almost nothing of the consequences of aggressive intelligence actions,” he told reporters.

“This is lifting the levels of Cold War-style conflict to new highs.

“If we're actually engaging in things that amount to physical assaults on diplomats and intelligence officials, that's a new thing that we've really not seen before.”

US officials have reported similar attacks in Taiwan, Poland, Georgia, the United Kingdom and even in the United States.