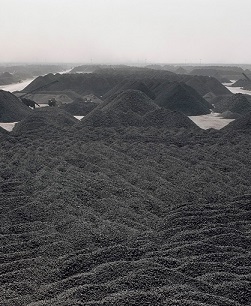 The Chinese government has announced it will shut 2,000 coal mines by 2015 to clean up the industry’s quality and safety record.

The country that consumes 47 per cent of all the coal the world can produce each year currently has about 12,000 coal mines in operation. In an announcement to international mining media outlets, China says it will shut down thousands of smaller, more dangerous and less productive projects.

Mines with an annual output below 90,000 tonnes, lower quality coal or questionable safety records are set to be shut down, as China moves to improve the standard of coal at its own operations and for imported material as well.

China has been criticised many times for having the world's deadliest coal mines due to its deep reserves and loopholes in regulating the nation's 12,000 coal projects.

Reports earlier this year indicated China has drafted a policy that would ban the import of poor-quality thermal coal. Insiders say Australian exports would still make the grade, but imports from Indonesia and some other countries would not.

It is part of ongoing efforts to trim the fat from Chinese industry; in 2012 the nation closed 628 small coal mines, enhanced technological efficiency at 622 sites, and amalgamated 388 other resources projects.

Safety stats say efforts over the last few years are paying off. China’s State Administration of Work Safety reports the fatality rate per million metric tons mined in 2011 was 0.564, dropping sharply from the 4.94 deaths per tonne recorded in 2002.