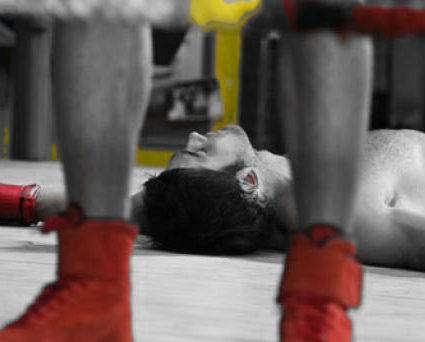 Authorities say boxers do more to protect their heads when they are not wearing helmets.

AIBA claimed research had shown head injuries would be reduced because boxers would be more inclined to protect their unprotected heads, while also freeing up their vision.

But AIBA’s ban meant welterweight medal hope Daniel Lewis was eliminated from the Commonwealth Games in 2014 because of a cut on his head, leading to criticism from the Australia team.

Boxers at the 2016 Rio Olympic Games were the first to go without headgear since 1984.

AIBA was looking at outlawing head guards entirely, including for women and children, from next January.

But this effort has been put off while the organisation awaits evidence from its medical team.

“A panel of medicos who are supported by medical scientists ... haven't produced the evidence there yet to support that change,” AIBA vice-president Ted Tanner said at the championship in Adelaide.

It seems contradictory to remove safety gear in the name of safety, but Mr Tanner says it works.

“The research by the international association was that, counterintuitively, if you had the head guards off that the boxers would be more protective of their head,” he said.

“If they had the head guard on they would lead with their head, feeling that they were cocooned and protected.

“As a result, the statistics that the international association has produced have shown that there have been less concussions.”

The Australian Medical Association has called for more studies to understand concussion.

“They need to develop the evidence, and they need to look at it and act on it. There's no way you can make this sport completely safe,” says AMA national president Michael Gannon.

“There's no way you can make a sport safer that involves powerful athletes belting other athletes and affecting the most important organ in their body, but surely we should be looking for whatever possible effective evidence-based harm minimisation strategies exist.

“Fundamentally this is a dangerous pastime, this is a sport of yesteryear and in an ideal world it would be a sport that we would consign to history.”

Adult men at last week’s Australian championship were allowed to go without headgear due to an exemption from a state law requiring they be worn.

“I'm happy for the elites to keep going as they are and maybe in the future who knows it might get passed down,” he said.

“But it's like a safety blanket for the kids when they've got their head guards on.

“When you take that head guard off, it's like you've taken the safety blanket away from them.”