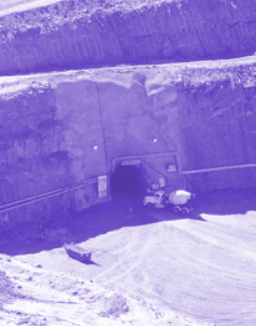 Kalgoorlie's Raleigh gold mine has closed to limit risks to workers from damage caused by underground blasting.

Operations will stop at one of Australia’s highest-grade gold mines due to a “significant seismic response” caused by underground blasting.

At least two at underground levels have sustained “substantial damage” from recent blasting, the company says, which will require significant rehabilitation.

Raleigh is a joint venture by Northern Star Resources (51 per cent), Tribune Resources (36.75 per cent) and Rand Mining (12.25 per cent), the last two companies are both controlled by Anton Billis.

“The southern mining area has been deemed unsafe and is now excluded from all underground activity,” Tribune and Rand said in a statement to the stock market.

“No personnel were underground at the time of the firing.”

Northern Star wants the mine to be placed on care and maintenance from April.

Tribune and Rand said detailed assessments are needed before even considering resuming mining.

At the same time, Northern Star and the minority partners are embroiled in a WA Supreme Court battle.

Tribune and Rand are suing for alleged breach of contract relating to the processing of ore.