Blame and bills in Palmer's wake 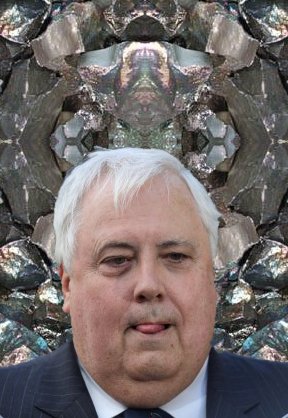 It will cost $93 million to start the cleanup of Clive Palmer's Yabulu nickel refinery, the Queensland Government says.

The state’s Environment Department says that figure represents the bill for just the first phase of long term efforts to deal with millions of tonnes of toxic sludge.

The toxic tailings dam and ponds at the Yabulu plant near Townsville are a well-known environmental hazard, and with the company running the refinery now collapsed – and its operator Clive Palmer skirting his obligations – the Government has been forced to step in.

Contaminated ponds and dams at the refinery cover several hectares, and sit just a few hundred metres from the coast.

They are not sealed and need to be constantly maintained and observed to control leaks.

Queensland Parliament will soon debate the Environment Protection Chain of Responsibility Amendment Act, which attempts to expand Government powers to chase clean up costs from the owners of resources projects.

The plant’s operating company is already being prosecuted over alleged earlier spills from the dams, which happened on Clive Palmer’s watch.

But Mr Palmer says he is not responsible for the environmental problems, and blames previous owners including BHP Billiton, the company from which Mr Palmer bought the plant seven years ago.

“The Queensland Government incurred all of the environmental damage when they were the owners and so did BHP,” he said.

The Queensland Government is chasing tougher laws to stop companies (mining firms in particular) from collapsing and leaving environmental burdens behind.

But the plans have raised eyebrows among the legal profession, and blood pressure in the resources industry.

“We think the net has been cast far too wide and there are some unintended consequences,” Mr Potts said.

He said there could be unintentional consequences for landholders, Indigenous groups, and other groups that have nothing to do with the running of a mine or plant.

The Queensland Resources Council is opposed.

“It seems quite incredulous that a minority joint venture partner who again may not have any management control in an operation could be deemed to be held 100 per cent liable for any environmental failure,” QRC deputy chief Greg Lane said.