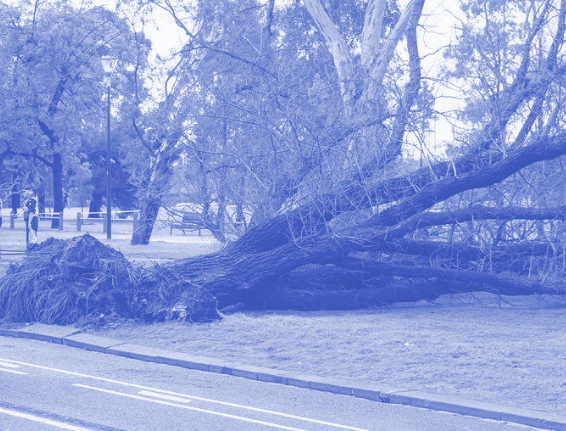 Safety inspections are being carried out after a woman was crushed by a falling tree in a popular Melbourne park.

Thirty-six-year-old university professor Allison Milner was walking to work when she was crushed by a 106-year-old elm tree in Princes Park at Parkville about 8.30am on Monday.

Professor Milner worked as a social epidemiologist and associate professor at the University of Melbourne's School of Population and Global Health, and is remembered by colleagues as a leader in her field.

The City of Melbourne has said the tree, which was planted in 1913, had been inspected on July 12 this year as part of an annual inspection of the row of trees.

Arborists have begun re-inspecting the row of trees on Royal Parade for safety.

The City of Melbourne inspects trees in heavy-traffic locations such as boulevards and parks annually. All other trees are inspected on a biennial basis at a minimum.

The inspection last month did not highlight any signs the tree posed an increased public safety risk.

“We remove approximately 800 trees per year for a range of reasons including risk across the municipality,” the City said in a statement.

The fallen English Elm has been removed for further inspections today by both the City of Melbourne and an independent arborist.