The ACT is going against the tide of safer construction, with new statistics showing a spike in serious accidents at Canberra work-sites between 2011 and 2012.

The ACT Work Safety board has launched a three-week blitz on safety inspections today. Work Safety Commissioner Mark McCabe said the serious accident rate puts the ACT at the top of the list of most dangerous construction jurisdictions.

There were over thirty injuries for every thousand workers in the ACT between 2011 and 2012. That figure is an increase of an alarming 24.5 injuries on the year before, compared with a national average of 18.7.

The figures are set to be published in the Safe Work Australia ‘Comparative Performance Monitoring Report' in October, at which point all state can be compared to see which really is the most dangerous at the moment. 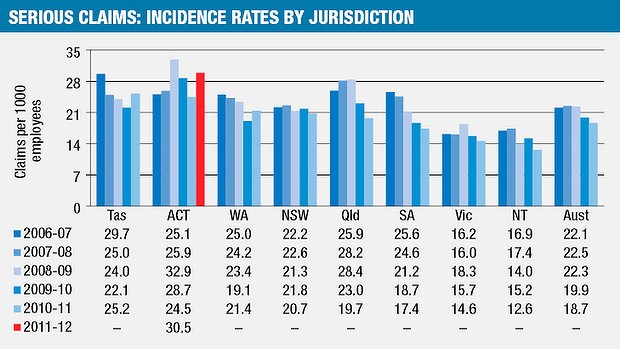